This was a recipe I was very skeptical about. When I came across it, it sounded absurd enough that I checked it out, but I had no plans to try it. Just weird. But I have been researching all of the health benefits of coconut oil. I've found that to be quite a long list. To name a few: I've found a lot of people recommending to consume about 1/4 cup of coconut oil a day. That seems excessive, but the more research I've done, the more I've found it really can't hurt. If you're eating a balanced diet low in trans-fats and you keep your general healthy fats intake at a moderate level with the consumption of the oil, it won't be adding tons of calories to your waistline. If you find a way to work it in as another fat's substitute, you're totally fine. I stumbled across someone talking about using coconut oil as a coffee creamer. It was touted as a good way to work in your 1/4 cup of coconut oil in your day, while decreasing your dairy intake... which is good. But like I said, I was not going to try it. ...Until I opened the fridge this morning at 5:45am (well before all grocery stores within 20 miles are open) to find that I forgot to buy milk yesterday while I was at the store. (Doh!) The coffee was already brewed and sitting in my french press, and the recipe suddenly popped into my head.

So I shrugged my shoulders and started concocting some sort of madness, wondering how much I was going to hate myself for wasting this batch of coffee later.

When I had finished mixing the poison, I gave it a sip, and to my pleasant surprise... it was good! The coconut oil took off the bitter edge, like cream usually does, and with the almond and vanilla extracts I added, it had a really pleasant flavor that really brought out the coffee's natural flavor, too.

Not only that, but I'm 2 cups in, and I actually feel like I'm more awake and alert than I have been lately with 3 cups of coffee in the morning. (Sleep would help, but sleep is for the dead).

I'm not going to lie; seeing the oil kinda sitting on top of the coffee is a weird thing to stomach. And feeling it against your lips while drinking... also a little odd. But hey, coconut oil is supposed to be good as a lip balm, too!

I suppose with my ease into the Paleo diet (and constant falling off the wagon just to hop back on), this can help me get away from dairy products more. And quick plug for the Paleo diet... I've lost 25 pounds in the past year, and I'd say most of that weight was due to going Paleo, so I do highly recommend it! My boyfriend and I both have been trying it, and have felt much better whenever we're being good about it. Whenever we flake off and start eating bad again, we both definitely feel the difference. So anyways, here's the coconut oil coffee creamer recipe! I highly recommend trying it at least once!   Makes 2-3 cups Ingredients: Brewed Coffee (2-3 Cups worth) 1/4 cup coconut oil 2 tbsp raw honey 1 tsp vanilla extract 1 tsp almond extract (optional) 1 tbsp butter (optional - if you try it and it's not creamy enough for you, add this in next time) (I make this with a hand mixer, but you can also use a blender, and if you have the Magic Bullet, even better! Just make sure you cut down your ingredients proportionally). Throw your hot coffee with the oil and honey into a mixing bowl. Stir a bit until the oil melts and mixes with the coffee. Blend them together with a mixer until the coffee begins to turn a slightly lighter, almost creamier color. Stir in the extracts. Pour and enjoy! 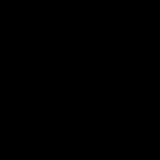 Yes! I do it all the time when my boyfriend wants his coffee black, and I’m just having one cup, myself. I use 1 tbsp coconut oil, about 2 tsp honey, 1/4 of 1 tbsp butter, and I skip the extract (too strong in this proportion). I then either use my small whisk in my coffee cup, a fork, or I just stir with a spoon. It doesn’t have to be blended. Another great and easy option is to use a protein powder shaker. It makes it nice for on the go, too! 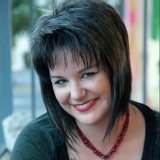 Thank you! What a brilliant option. I have several shaker cups around the kitchen :)

I usually brew my coffee one cup at a time in my Keurig. Any suggestions on how to modify the recipe for a cup at a time?